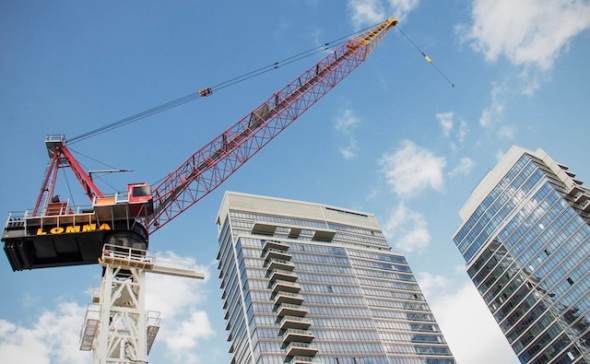 If you’re like most New Yorkers who rent an apartment here, the phrase “developers are very, very excited to pioneer new neighborhoods” should strike fear upon you, unless, of course, you happen to be filthy rich. In this critique of Mayor de Blasio’s affordable housing plan, Gothamist touches on the issues raised by, but not addressed by, the recently approved measure. The piece explains how, in the case of East New York, many of these “affordable” units will be out of reach financially for the neighborhoods’ current residents, and how de Blasio could actually speed the rate of gentrification to the areas targeted in his plan. Throw in more details that the average person may not be aware of (developers and campaign contributions for de Blasio’s mayoral campaign, the background of Vicki Been, who’s head of de Blasio’s Department of Housing Preservation and Development, and the remarks of developers at various real estate meetings recently held) and this is definitely an interesting read to gain more of the picture that isn’t painted by what mainstream media is reporting.

Judge: SRO’s Can’t Rent For Fewer Than 30 Days »
« Why Are Hundreds of Affordable NYC Apartments Vacant?